It has been ten days in Norway.

Trondheim is a city built on small rolling hills that rise up from the fjord. The streets are not laid out in a grid pattern, but instead twisting curlicues that creep up and around and down and in between the ridges and slopes. Houses are quaint, nestled in their treed yards, accessed via rounded paths.

It is easy to get lost. I did, once or twice. 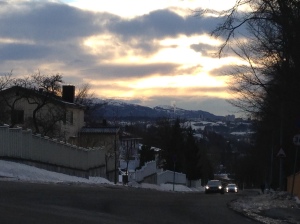 Before traveling to a new city, I study the maps. I like to know which way is North, and where I am in relation to everything else. When I arrive I at least have a mental map of my surroundings, if not exact position.

I have spent the better part of the past week walking the city and accumulating things. A pot and a pan. Cooking utensils. Eating utensils. A plate and bowl. Dish soap. Hand soap. Oil, soy sauce, and sugar. Coffee. Cream. Rice. A plastic storage container. A small dish that is oven, dishwasher, and microwave safe. The all important bed, and blankets and a pillow and a shower curtain for my window (it was cheaper). All acquired at Ikea, the grocery stores, and Fretex, which is what they call the Salvation army here in Norway. Still looking for a cheap, all-purpose knife. The Swiss Army tool is working well in the meantime.

I am still quite jet lagged, fighting the impulse to keep my ryhthm: the first several days I was up until 6 am and slept until 2 in the afternoon, missing the brightest light. Instead I force myself out of the house by 9 am, and walk the city. This is a glimpse of rare bright light at the peak of day. 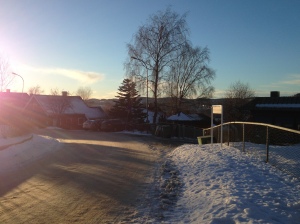 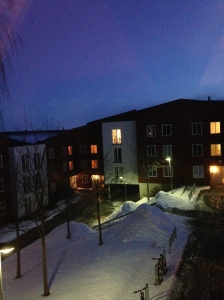 Today I hiked to the ctiy center to present myself at the police station; they handle the immigration process, and NTNU has arranged an all-day appointment for its students. I show up early, and barely have to wait, so it allows me to tour the downtown and take photos.

When I was a young girl I caught a vampire horror movie on TV late one night, likely at a friend’s house. Apart from being scared, I remember that the premise was that two yound men had somehow got caught in a vampire world, where there were no mirrors, and the sun never shined. Even in the daytime, the light was subsumed and muffled. Trondheim winter reminds me of that. The sun never rises high in the sky. It is always at eye level, usually hiding behind a hill just out of eyesight.

On the return I took the photos below. It is quite beautiful, really, my pictures do not do the city justice. 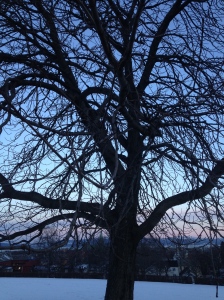 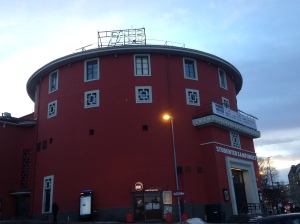 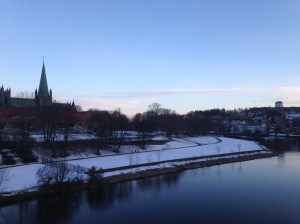 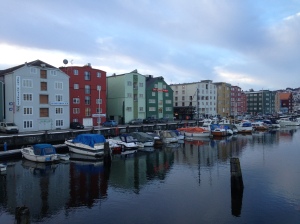 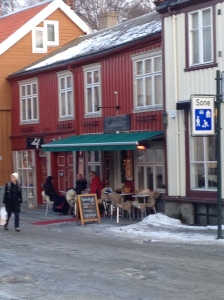 One thought on “Trondheim City Center”