The concept of scapegoating comes from the ancient Israelite ritual of the Day of Atonement, which designated one goat for blood sacrifice for Yahweh, and another to be sent out into the wilderness, its literal disposal meant to symbolically remove sin. Though this ritual has historical precursors (see link), the modern day etymology of the word “scapegoat” is derived from the goat sacrifices: to deflect blame by projecting fears unto others. Jews themselves were often victims of this concept, blamed for Jesus’ crucifixion, infant mortality in medieval times, and the most glaring examples of Nazi Germany, among other.

Within my focus on all things involving Satanists and Witches, there are multiple circles of scapegoating directed at and emerging from these contemporary groups and individuals, as accusations of child abuse, tension with popular and theological perception, and struggles for legitimacy all converge in a confusing mess of circulatory deflected blame.

To unpack this a bit, it is first important to state that there are multiple individuals and groups self-identifying as Witches and Satanists, all with different understandings on the nature of evil. However, three large groupings can be joined together for the purposes of this blog entry: Neo-Pagans/Wiccans, the firmly atheistic Church of Satan, and the loosely affiliated individuals and groups of Theistic Satanists, called spiritual, esoteric, or traditional Satanists [though I do note some inaccuracies with wikipedia, the pages are meant for the reader to get a basic idea]. All have wild rumours associated with their ideas, and most popular depictions and understandings of them are grossly misconstrued.

A typical scenario for scapegoating begins with an incident picked up by the media, usually a criminal act in which there were elements deemed “satanic.” These “satanic” elements can be anything from a pentagram drawn on the wall or floor to simply having a heavy metal band’s poster on the wall. The word is used in media copy to generate interest and titillate/horrify their audience; rarely is there actually anything satanic about the particular crime.

However, when media report on a imprecise “satanic” incident, they will often quote an equally hyperbolic reaction from someone echoing popular misconceptions. The formula goes like this: “There was an X satanic crime. Clearly we have moved away from God, and witches are to blame.”

The fallout from this type of claim then begins a cycle of scapegoating, which usually follows a pattern described by Diane Vera, a self-described polytheistic azazalian spiritual Satanists. The pattern goes like this:

That is, in the process of denouncing the crimes, the immediate reaction is to then pass blame along to another group. For example, if a lone teenager kills an animal and the media reports it as “satanic,” there will invariably be a quote from a Christian group claiming that witchcraft is rampant. Neo-Pagans/Wiccans then respond, “Witches are not to blame. Only Satanists sacrifice animals.” To which the Church of Satan claims, “We don’t believe in Satan or the Devil because we’re atheists. Animal sacrifice is anathema because there’s no real devil to sacrifice to. Theistic Satanists are to blame because they believe in a literal devil.” Theistic Satanists in turn, decry this type of scapegoating, claiming that, though they believe a satanic entity, it is not considered “evil,” because that is a Christian concept.

Vera ends her cycle here. And though I agree with her assessment, I would actually add one more, and close the scapegoating loop by suggesting that theistic/spiritual Satanists, in turn, blame Christians, i.e. if you think Satan is evil and wants you to kill animals, that makes you a Christian heretic, not a Theistic Satanist.

And on and on it goes.

Here’s the Cycle of Scapegoating represented in a nifty graph: 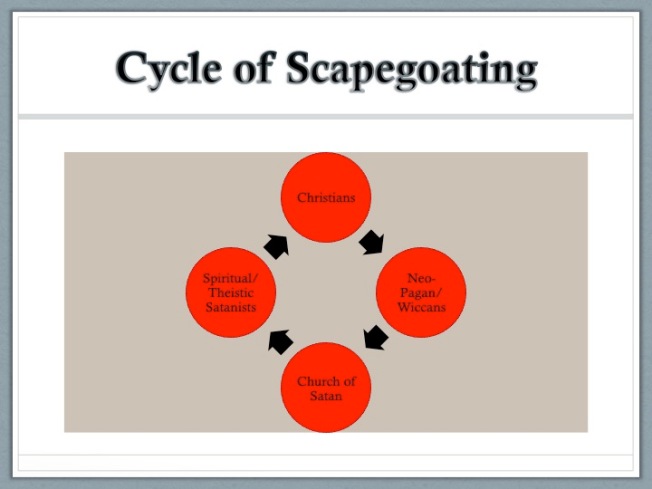 The larger point I am trying to make is that scapegoating reflects the struggles for legitimacy within a larger society that makes little distinctions between these groups and individuals, which are in reality rather different religions. They may use similar nomenclature (witchcraft, magic, etc.), but their foundational ideas are quite different, and sometimes diametrically opposed. Though they are all functioning within a Western context and responding to its concerns and ideas (and can certainly find points of contact), the scapegoating tactic is actually a legitimizing tatic. It is method of establishing an authoritative voice for their religion, attempting to define themselves by rejecting popular misunderstandings and deflecting accusations to the very groups that muddy the waters of these definitions. The larger population has little insight into the differences and regularly conflate and skew their foundational ideas; scapegoating is then a reaction to these conflations.

All of these religions denounce and decry animal sacrifice (even the ancient Jews, as they stopped practicing animal sacrifice after 70 c.e.) and criminal activity, though unstable individuals cannot be accounted for. Scholars (and journalists) are best to avoid the hyperbolic claim that if one individual from a fringe religion behaves criminally that that act is indicative of the entire religious body. The logical fallacy becomes obvious when we apply it to larger, conventional religions. By those faulty extrapolations, Christianity is responsible for most crimes (i.e. if most people incarcerated are Christians, therefore most crimes are caused by Christianity): a false conclusion and misleading claim, despite being statistically accurate.

Why did I write this blog post, you may ask? I’m researching articles for my upcoming Witchcraft, Magic, and Religion course, and still come across unchallenged scapegoating claims, wherein the author-scholar repeats the claim without critique. Chances are that if the group you’re studying says, “That’s not us. That’s ___,” that that group ___ presents an opposition to the first group’s reputation in the public imagination. The claim deserves an outright debunking at most, or a cautious footnote in the least. 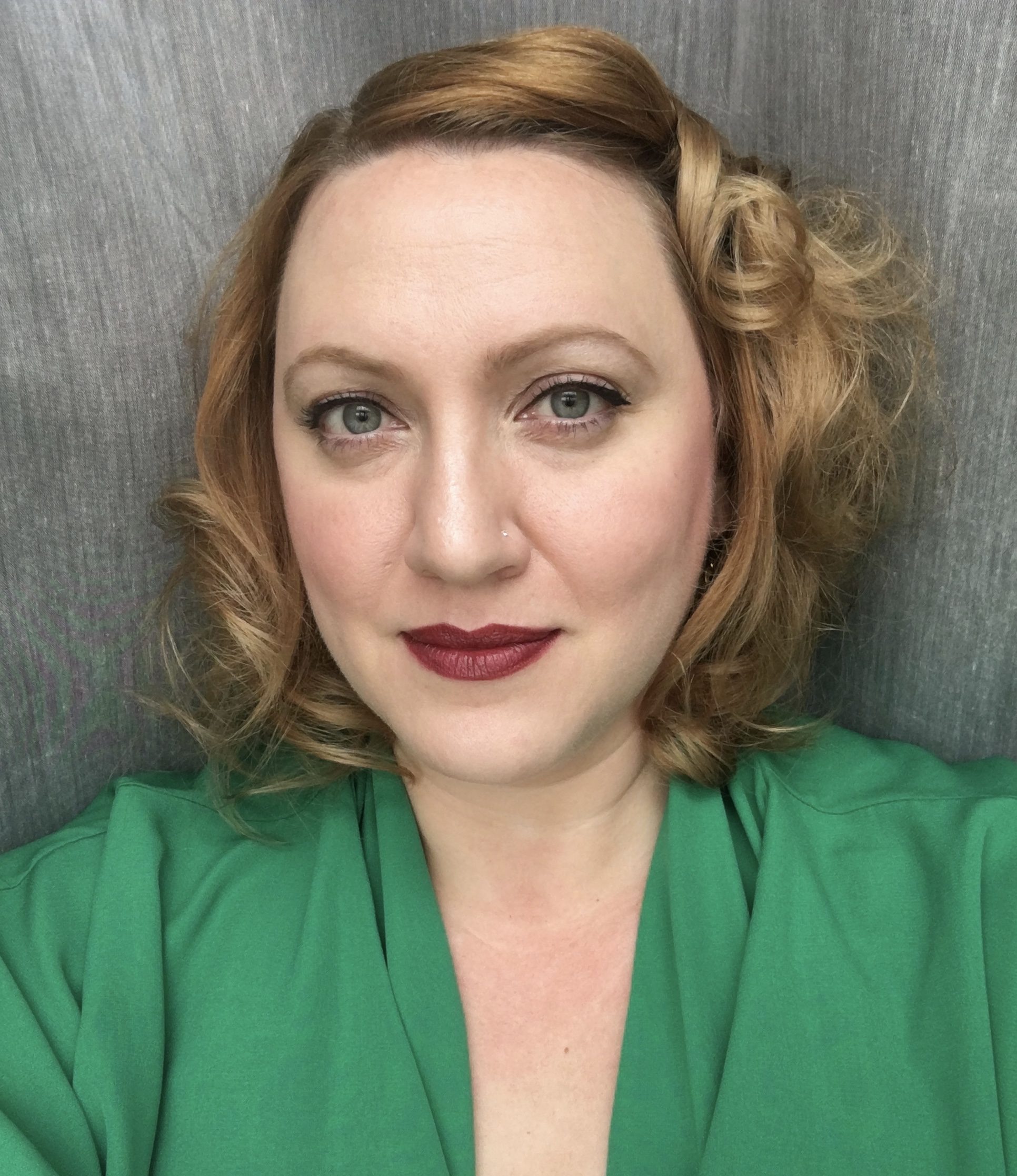